Bled is known for the glacial Lake Bled, which makes it a major tourist attraction. Perched on a rock overlooking the lake is the iconic Bled Castle. The town is also known in Slovenia for its vanilla and cream pastry (Slovene: kremšnita, kremna rezina). Naturopath Arnold Rikli (1823–1906) from Switzerland contributed significantly to the development of Bled as a health resort in the second half of the 19th century. Due to its mild climate, Bled has been visited by aristocratic guests from all across the world. Today it is an important convention centre and tourist resort, offering a wide range of sports activities (golf, fishing, and horseback-riding). It is a starting point for mountain treks and hikes, especially within nearby Triglav National Park. A small island in the middle of the lake is home to Assumption of Mary Pilgrimage Church; visitors frequently ring its bell for good luck. Human traces from prehistory have been found on the island. Before the church was built, there was a temple consecrated to Živa, the Slavic goddess of love and fertility. One can get to the island on a traditional flat-bottomed wooden boat (Slovene: pletna), which is a fixed fleet of 23 boats since 18th century to protect the river’s cleanliness, which is now a family-owned business. The island on Lake Bled has 99 steps. A local tradition at weddings is for the husband to carry his new bride up these steps, during which the bride must remain silent. 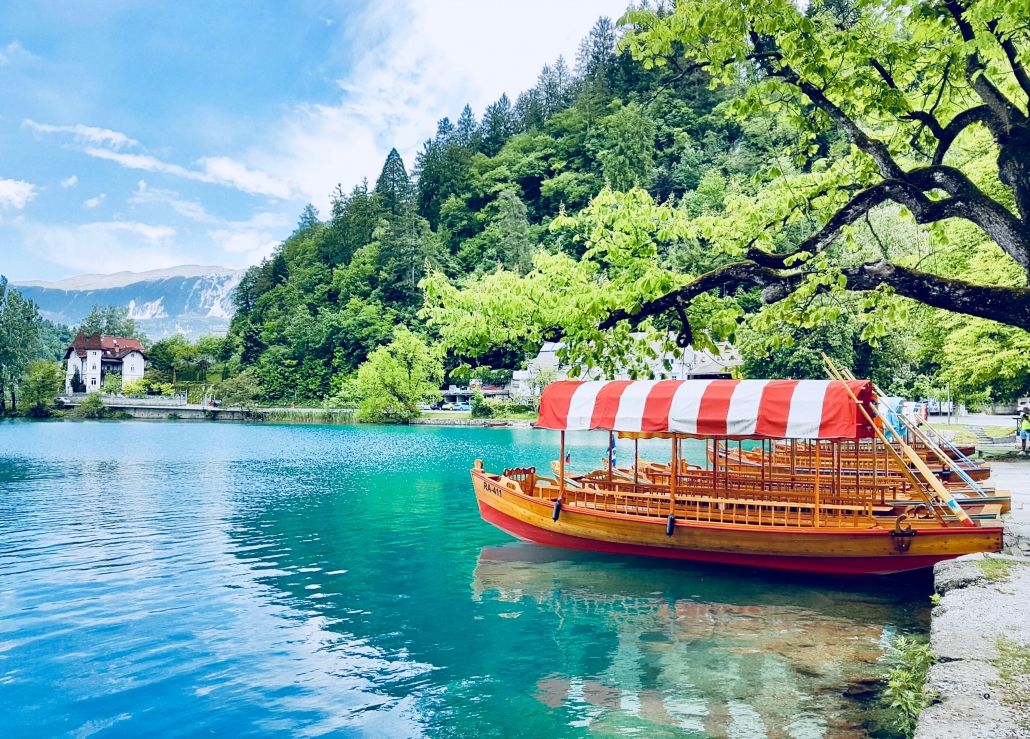